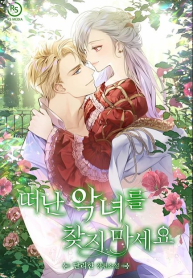 Seisia Lidyne is on the run. After her stepmother berated her once more, it was the last straw for Seisia. With just enough money to take a carriage to a nearby village, she makes her escape from Lidyne Estate. The villagers remain wary at first at the sight of a stranger. Seisia also fumbles as she enters the world of commoners for the first time in her life. Due to a fortunate turn of events, she manages to hide her identity and settle in the village as its healer. She starts her new life as Sha, the village healer. Although some of the villagers remain abrasive towards her, she’s still glad that Lidyne Estate is now behind her. Unbeknownst to the villagers and her own family, Seisia possesses healing powers. She comes from a lineage of dark magicians and as a result, she was the black sheep of Lidyne Estate. Her powers remain hidden until she discovers a wounded man one day. She has no choice but to use her powers to heal him. After he’s healed he introduces himself as Dian and Seisia speculates that he comes from nobility based on his uniform and knowledge of medicinal herbs. He decides to extend his stay in the village while Seisia’s curiosity about him continues to grow. When a villager shares a story about a promiscuous young noble

You are My Life

It’s Not Your Child