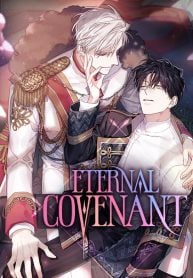 Ian Gloucester, a paladin of the religious country ‘Derwin’, secretly traces the source of the rumor for Cardinal Heron, who took him away when he was a child, when rumors of preparations for war in ‘Arcaia’, a great country with a peace treaty, circulate. Meanwhile, Ian realizes that human trafficking is secretly rampant in his country when runs into ‘Sol’, who has the same special powers as him. Ian instinctively senses that Sol is a danger to him and tries to avoid it, but the more he does, the more he unintentionally becomes involved with Sol.

Meanwhile, Ian notices that the real purpose of the King of Arcaia’s recruitment of special knights is to find someone, not to prepare for war as rumored…

Daisy: How to Become the Duke’s Fiancée