Extras Are The First To Be Abandoned 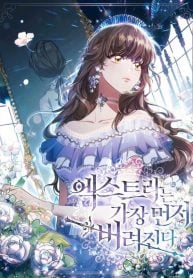 Extras Are The First To Be Abandoned

I am the youngest daughter, abandoned in the Imperial Palace at the age of ten. The royal family, no longer in power, was caught in the flames of rebellion, and I was the first to be left behind. So I have to live like Ethel, an ordinary person. Not Stella, who is a princess. After 10 years, until I returned to the royal palace where I left, because they wanted to see me “I need a replacement” That’s what my sister, the first princess, told me. “Replace my missing sister” “That’s a tempting offer, but I don’t want it, princess.” “Isn’t that a good offer?” The threat is so clear, I will take your family hostage! So I returned to the palace to play the role of “myself surrogate”. Humiliating those who do not recognize me, I will not forgive them. They tried to win the heart of the princess who awakened her powers, but in the end, I abandoned them. “In the end, I will be happy” “The beautiful return of the daughter that was left behind.”

Love You For Infinity

The Heroine Wants Me As Her Sister-in-Law

The Online Life is Better