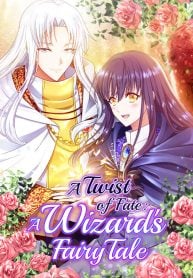 A young girl was neglected by her parents due to the belief that twins were bad luck to the point that she wasn’t given a name. After losing her family and a few years of her memory, she was living an unfortunate life as a slave to a count’s family. Then one day, a beautiful wizard who was called the strongest wizard in the world appeared before her eyes. The truth about her hidden past gradually comes to light. Their meeting will drastically change the fate of the world!

A Dream in Summer Night

I Go To the Night Sky

Love You to The Moon and Back