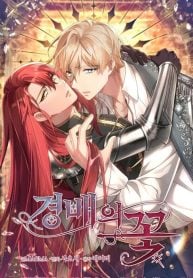 N/A, it has 3 monthly views

It was in the middle of the night that the woman who would become the Duchess came to see me.
He said my father and mother died, and my kind uncle became king.
He said it was unfit for me, crown prince, to live in hiding too.
“Some time ago, His Highness hid from me. With all due respect, is it for the sake of survival? Just because your parents died doesn’t mean you don’t have a reason to live. In fact, that fact alone makes it even more of a reason why you should live. If you die now…”
If I die now?
When I asked while meeting her eyes, the woman finally spoke the bitter truth with empathetic eyes.
“It’s like the death of a dog.”
“Rough….”
It’s been a while since I said that. In no time, he was treated as a madman and beaten to death just for saying something similar. He loosened his arm holding me and I suddenly stiffened from it. Because I thought he might have loosened his arm to hit me. But he didn’t.
He knelt on one knee in front of me, like a knight.
Sarian Hastred raised his greetings. Hope you receive it with pleasure. ”
My first knight was beautiful and kind.
“Are you by my side?”
“Yes, Your Majesty.”
It’s all a lie.

‘For My Derelict Favorite