‘For My Derelict Favorite 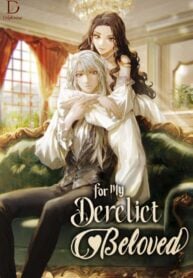 For My Abandoned Love; For My Derelict Beloved; For My Forsaken Beloved; 为了我被遗弃的爱; 버려진 나의 최애를 위하여

For My Derelict Favorite

I entered my favorite romantic fantasy novel! I may be a commoner, but I’m rich beyond belief. I quietly watched the romance of the main characters in the original novel, assuming I would go back to reality after reaching the novel’s ending… However, even after the ending, I am still stuck in this world! As a result, I learned the behind-the-scenes stories that I didn’t want to know. My favorite second male lead, Kaelus, died. Living in poverty without him, I eventually became ill and died as well. I thought I would return to reality, but I went back in time instead. This is definitely… This means I have to save my beloved, right?