How to Hide the Emperor’s Child 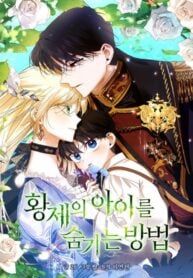 How to Hide the Emperor’s Child

“You never loved me anyway, did you?”

The marriage that Astell had been waiting for all her life came to an end in one day. She wanted to be Kaizen’s wife since she was 10 years old, but all she had left was the stigma of being an empress. Astell wanted to leave: “Yes, yes, I didn’t love you,” Astell lied one last time, to the man who was the reason for living, to the man who had been her husband for a day, so she thought she would never have any contact with him again – “I… I think you’re pregnant? ”

Six years later, Astell, reunited with Kaizen, lied to him again: “Who… who is that boy?”
“He’s my nephew,” to protect her child.”

I Tamed My Ex-Husband’s Mad Dog

There was a Hero