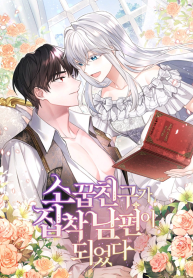 “She has to become a villain to survive? But she’s not the villain, how did she do that?”
One day, Kim Da Jeong, an ordinary Korean office worker, suddenly entered the world of a novel.
In short, she unwittingly took possession of the body of Christine Rosaline, the villain who would die at the beginning of the novel that was being published in series.
Perhaps because Da Jeong already possessed her body she was able to avoid death in the first part, but that was only for a moment.
How can she live without dying?
“A world collapsed, characters all distorted. If you want to live, you must know who you are.”
That statement was simply that she could only live if she was a villain, did that mean that she could only live like that? In the end, she heard the voice of a villain, but Da Jeong’s life was difficult and painful. It turns out that Christine is just a person born with a ‘half-life’ fate.
In front of Da Jeong, who was in such trouble, characters she didn’t expect suddenly appeared.
Raymond Myers, the main male character in the original and Christine’s enemy.
Diane Schneider, who is not mentioned in the original but is famous as an evil witch in the world.
Cordelia Parker, owned by the original author, the heroine of the original and the creator of this world.
The three of them approach Da Jeong with different goals…

The Troubles of Supporting a Female Lead