Now That I’m Back, I’ll Get My Revenge 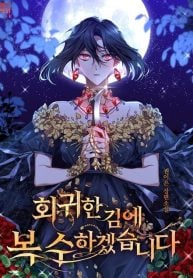 Now That I’m Back, I’ll Get My Revenge

Most people would consider getting a second chance at life a blessing, but Arnell Radfell is furious when she wakes up to find herself back in the past. Terrified of having to suffer through the horrors of her past life twice, she attempts to end her life again but is rescued by Sir Herbert Schladin, the very man who gave her the courage to end her life the first time. However, when Arnell finds out that she can use the power of mana, she has a change of heart. They say revenge is sweet, and now, Arnell is determined to make everyone who made her suffer in her past life pay.

The Hero Died in My Hand

The Heat of the Reincarnated Villainess

You Go And Marry With My Husband