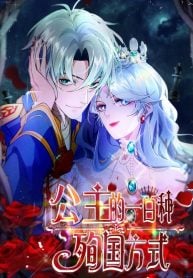 The night before the girl group was formed, Yu La was pushed by someone and transmigrated into the mysterious ancient kingdom of Adalante, which has long disappeared in history, and simultaneously entered the body of a vicious princess who has the same name as herself. Based on the book “The Mystery of the Fall of Adalante” that she read before she transmigrated, Yu La recalled that all the speculations about the fall of Adalante were related to the princess’ evil deeds, and that the time of the fall of the country was also the time of the princess’ death. Either she dies or she changes the history! Countdown to extinction, see how this little sister turns the tide in Adalante

Four Dangerous Brothers to My Rescue!

To You Who Desire My Despair

I’m Being Shipped With The King of Film!

The Villain Falls In Love