The Killer Boss is raising a Fox 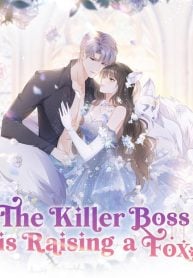 N/A, it has 4 monthly views

The Killer Boss is raising a Fox

Yun LiuShuang is the last descendant of the Fox tribe, fate led her to meet Mo Sheng, a unfeeling/heartless and lonely man who’s also fighting with his own destiny. Initially they were at odds at each other, but an unseen force is keeping them together. The story originally revolve around the life of a beautiful reporter and a domineering president, but things in their life aren’t actually simple as they believe it is, because their life seems to be cursed to face problems caused by the presence of a celestial group, sorcerers, and of the fox tribe. Where will this situation bring Yun Liushuang and Mo Sheng’s love for each other?

Four Ways to Get a Wife