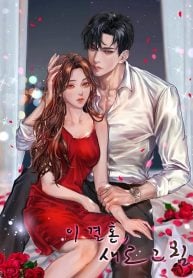 Cha Yoo-Jung almost lost her future adopted daughter So Eun, the lovely child she was raising since she was a little baby left on the orphanage’s steps, So Eun, who was brought home by Kang Jiwoon, her biological uncle, from the orphanage where she lived with Cha Yoo-Jung. In order to stay with her daughter So Eun, Cha Yoo-Jung was even willing to accept Kang Jiwoon’s marriage proposal and become So Eun’s real mother. Kang Jiwoon, who initially underestimated Cha Yoo-jung, slowly saw the difference between Cha Yoo-jung’s sincerity and all those mother figures he had seen so far. Will Cha Yoo-Jung be able to heal Kang Jiwoon’s inner wounds and maybe make him believe in sincere love?

Melody of the Deadwood